Below are the mentors that have confirmed for this year’s Fest! 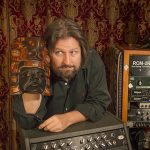 Ronan is a multi-genre record producer and engineer that works around the world. His diverse album credits include Gwar, King Crimson (several albums), Terry Bozzio, Steve Morse, Ulver, Pete Teo, Jamie Walters and hundreds more. Some of his engineering music for video game credits include Assassin’s Creed Brotherhood, Yoku’s Island Express and Mafia III and he also mastered the score album for Jordan Peele’s hit film “Get Out.”

He works in studios around the world as well as his own studio, Veneto West. He has been writing and performing since he was a teen and still collaborates with many of his production clients. His recent writing collaborations with the band Gwar hit the Billboard charts in the United States and Canada. 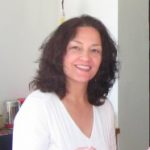 Liz has spent over 3 decades working in the music industry. She worked in publishing at Interscope Music, in distribution and legal at MCA records, and as an A&R scout for Atlantic Records. She has also worked for several entertainment legal and management firms including Roger Davies Management, Manatt Phelps & Phillips, Michael Dixon Management and Tsunami Entertainment, et. al.

She is currently the administrative director of the Association of Independent Music Publishers, and the business manager of Recording Boot Camp and Veneto West Studios. Notable credits include working with Tina Turner, No Doubt, Ron Sexsmith and Steve Stevens, et. al. 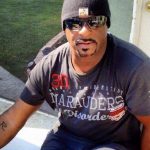 Derek, “Dee” as his friends call him, has written & produced for the best of the very best, including David Bowie, Whitney Houston, American Idol, Will Smith, Daughtry, Faith Hill, Elliott Yamin, Jaki Graham and Anastacia, Tina Turner, Mandy Moore, The Power Station, The Manhattan Transfer, Vanessa Williams to name just a few. They all turned to the British Songwriter and Music Producer to add something fresh and exciting to their albums. Dee is responsible for many double, triple, and even 5-time platinum albums.

With a lengthy list of writing and production successes, Dee has shown that his skills are not limited to a specific genre of music, including contributions to very successful Country, Soul, R&B, Rock and Pop acts. Some of his writing partners have included Rod Temperton, Diane Warren, Lindy Robbins, Jeff Barry, Franne Golde, and Damon Sharpe.

Derek is currently working on several projects with up and coming artists which will add to his already impressive tapestry of work. 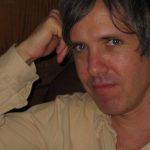 With nearly 20 years of experience in television to his credit, including 15+ years as a music supervisor, Greg Debonne has consistently supervised, cleared, and licensed music for a broad array of programming featured on numerous networks, including Viacom (MTV, MTV2, VH1, SpikeTV, Comedy Central), A&E (Lifetime, A&E) and Discovery Channel, as well as in the realm of documentary filmmaking.

Debonne’s interactive experience as an industry professional is both diverse and dynamic in scope, reflected by his work with producers, post production supervisors, editors, composers, independent artists, and legal counsel among others.

In addition to his work in television, Mr. Debonne has provided hands-on creative, organizational, licensing and administrative consultation for music publishers, production music libraries, and video game companies. As an educational seminar speaker, he has been an eight time guest in the Working Songwriter class at Musicians Institute, his most recent appearance having been in May of this year.

Steve Hill is a 5 time BMI Award Winner, extraordinary guitar player, accomplished fiddle-violin player and the songwriter of 9 hit songs to date, 4 of which charted #1. The song “Love Reunited” was written by Steve Hill in conjunction with Chris Hillman and launched the Desert Rose Band into a Grammy nomination in 1989.

Steve is a fantastic singer and performer in his own right, and as a recording artist has been on the Maranatha, Shelter and Mercury-Polygram labels. Steve has 6 currently released CD’s; “Gold Highway”, “Feathers and Stone”,”Decisions”, “House For Sale”, “Train” and “We’ll Always Have Texas”, some of which have been on the European top 15, “Decisions” topping at # 3 for 2 months.

He has worked with many artists over the years such as Vince Gill, Rita Coolidge, Roseanne Cash, Jim Croce, Karen Brooks, Nitty Gritty Dirt Band and many others.  Steve Hill began writing with Chris Hillman, and together they wrote such hits as “Love Reunited”, “Summer Wind”, “I Still Believe In You”, “Start All Over Again”, “In Another Lifetime”, “Story Of Love”, “Will This Be The Day”, “Come A Little Closer” and “Twilight Is Gone”.

The Desert Rose Band has recorded over 25 of Steve Hill’s songs and Chris Hillman’s CD, “Like A Hurricane”, features 10 of Steve Hill’s songs. Other legendary singers who have recorded songs from Steve’s vast and varied collection of original songs include Rick Vincent (“Ain’t Been A Train Through Here in Years”) Roy Rogers and Dale Evans (“God’s Plan”), The Rice Brothers, and many others.  Steve Hill also writes with Will Jennings (“Tears In Heaven”, “Heart Goes On””) Jeff Silbar (“Wind Beneath My Wings”), John Durrill (“Misery and Gin”), Larry Bastain (several Garth Brooks hits) and many others. 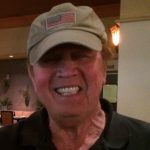 Rick Jarrard is a Grammy Nominated Producer of The Year. He has received over 40 gold and platinum albums which have generated hundreds of millions of dollars in sales. His productions have reached audiences worldwide in many different languages. A multitude of songs that he has produced have been used in over 230 motion pictures, television shows and commercials.

Rick produced the Jefferson Airplane’s ‘Surrealistic Pillow’ which included ‘Somebody To Love’ and ‘White Rabbit.’ This album catapulted them to stardom and earned ‘White Rabbit’ a place on the Top 500 Rock Songs of All Time. Rick went on to produce Jose Feliciano’s ‘Light My Fire’, ‘California Dreamin’, ‘Que Sera’ and one of the 25 Christmas Songs of All Time, ‘Feliz Navidad’ and many more of Jose’s hits. Rick is responsible for the career of Harry Nilsson, signing him to RCA and producing ‘Pandemonium Shadow Show’ and ‘Aerial Ballet’ which included ‘One’, ‘Without Her’, and his most famous hit, ‘Everybody’s Talkin,’ which was subsequently used in the award winning film ‘Midnight Cowboy.’ He found Michael McDonald when he was only 17, brought him to Los Angeles, signed him to a record deal and developed him as an artist and songwriter. Rick also produced numerous other top artists in his career.

Rick became friends with Elvis when Elvis asked him to put his band together for his comeback tour in Las Vegas. They remained friends until Elvis passed away.

Rick owns Rick Jarrard Productions, Uncle Josh’s Song Emporium, Friday Records LLC, Friday Group Music Publishing LLC, and Friday Records Music Publishing LLC.  He has served on the Board of Governors for NARAS and several other entities in the industry. His career has earned him a place in Who’s Who in The World, Who’s Who in Finance and Industry, and International Dictionary of Biographies.

Suzan is a true international publisher. She started her career at Warner Chappell in Paris, France, where she signed the Swedish pop band Ace of Base.  In 1996 Suzan was hired by the prestigious English boutique company Hit&Run Music, to work in their New York office. In 1997 she was transferred to Los Angeles where she was instrumental in developing the career of songwriter Shelly Peiken (What a Girl Wants, Christina Aguilera – Almost Doesn’t Count, Brandy – Who You Are, Jessie J….).

Suzan started Songwriters Rendezvous with Suzan Koc in 2008, she has been grooming numerous songwriters, including MILCK, the voice of the 2017 Women’s March, who, after going viral with her song “Quiet” (15 million views in 48 hours), signed with Atlantic Records.  Suzan is determined to keep her ears fresh and stay in tune with the changes. Her approach to music is of a true art lover. 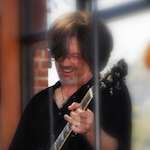 Guitarist/Vocalist/Songwriter Steven Kramer is a Los Angeles native who has Rock-n’-Roll oozing through his veins.  Kramer, a published songwriter; has written and recorded over three hundred songs. He signed his first record deal at fifteen years old, with Warner/Curb Records. That band, “Virgin”, had their first single and subsequent LP, produced by mega-hit producer Michael Lloyd and KISS bassist Gene Simmons, respectively. They were the opening act on the Shaun Cassidy U.S. tour (the second highest grossing tour of the 1977/1978 season).

With nearly 3,000 songs and instrumental cues in their BMI catalog, The Marino’s receive accolades for their interesting arrangements, catchy themes, quality musicianship, playing real instruments, crafted lyrics, and their ability to provide a quick turnaround in the fast-paced music world. They’ve had thousands of placements in TV, film, trailers, promos, advertising, video games, and other media. 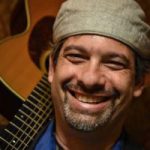 Dave Nachmanoff performs around the United States and Europe. In addition to his work as a solo artist, he is a long time guitarist and collaborator with Al Stewart (Year of the Cat).

Over the course of a dozen albums and countless tours, he has shared the stage with the likes of Alison Krauss, Cheryl Wheeler, Steve Forbert, Firefall, and John Wesley Harding (among many others), at venues ranging from The Bottom Line to the Glastonbury Festival. He’s also paid his dues in myriad classrooms across the United States, sharing his talents and nurturing the next generation of budding troubadours.

Nachmanoff currently resides in Northern California, not far from the heritage vines that helped inspire his 2009 collaboration with Al Stewart, Uncorked.  Perhaps the most important trait he shares with his local agricultural cousins is that his songs, much like a fine wine, gain complexity and substance over time. 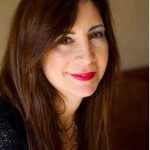 Ms. Orson began her established career in music publishing during the Richard Branson years with Virgin Music Publishing in Los Angeles as a Creative Manager. From there she moved to Universal Music Group for almost a decade as Creative Director and gained extensive experience in the fields of music publishing and licensing. While at Universal she placed songs with multi platinum recording artists of the era such as Christina Aguilera, Toni Braxton, Selena, Babyface, Jessica Simpson, Chaka Khan and many others. Her work representing Steven Van Zandt’s (Bruce Springsteen, Sopranos) Renegade Nation’s music publishing company and rock record label yielded placements from his garage rock artists with major advertising campaigns such as KFC, McDonalds and Fox Sports. Ms. Orson has licensed songs recently from many catalogs to almost every network: HBO, Showtime, MTV, NBC, Fox, E!, CBS, ABC, Fox Sports and many more. 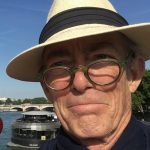 He went on to compose theme songs with collaborator Randy Petersen for a number of television series, including Sister, Sister, Bill and Ted’s Excellent Adventures, Fired Up, Nearly Departed, Gravedale High, Disney’s Goof Troop, Recess, Bonkers, 101 Dalmatians, as well as Brandy and Mr. Whiskers for which he received an Emmy nomination. 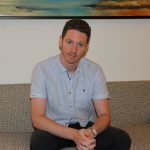 David Streit is an Associate Director of Creative at Broadcast Music, Inc. (BMI), Los Angeles. In this role, David is responsible for discovering and signing songwriters, producers and artists in the dance, electronic, pop and indie genres and advancing showcases, workshops and panels aimed at education and supporting the creative community. David helps facilitate songwriter-centric events such as “BMI’s Acoustic Lounge” and “Speed Dating for Songwriters®” and developed the new creative networking event, “Show and Tell.”

Prior to BMI, Streit had his own Artist Management company, IDKLOL Management LLC, where he managed clients ranging from pop producers to electronic dance music DJ’s and also has a background as a composer, creating original works for commercials, video games and movies.

Streit holds a Bachelor of Fine Arts in Film Production from Chapman University and is a current member of the AIMP (Association of Independent Music Publishers).